Join CFACDL for Killer Cross: Experts, Cops, and Snitches featuring Richard Lubin. This must see presentation is on Wednesday, May 23 and the Sorosis Club doors open at 11:30am. Lunch will be provided.

Please RSVP via Eventbrite. The cost is $10 for members you RSVP by May 20. The cost is $15 for Non-Members and Late Registration. Thank you to Milestone for sponsoring this luncheon. We look forward to seeing you! 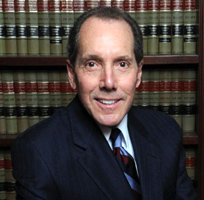 Mr. Lubin has also shown a rare commitment to the indigent in both his legal career and for 13 years as President and currently as a Trustee for the Legal Aid Society of Palm Beach County. In 2014, Mr. Lubin was recognized as on one of top 100 trial lawyers in the country by the American Trial Lawyers Association.

Mr. Lubin has demonstrated unparalleled trial skills in numerous high profile cases during his 43 year career. He has taught trial practice with a focus on cross-examination at numerous conferences nationally. He taught for many years at the National Criminal Defense College in Macon, Georgia. As one attorney noted, “Pound for Pound, Richard may be the greatest cross-examiner in the country.”

Milestone Reporting Company is focused on the advancement of the latest technologies in the court reporting industry. We have introduced innovations such as working video, live deposition streaming, video-to-text synchronization, transcript editors for your tablets and many others.

Our services are vast, and include: